Lake Resources (ASX:LKE) is an Australian public company focused on the development of five lithium projects in Argentina’s Lithium Triangle, a recognised province that produces around 50% of the world’s lithium resources at the lowest cost.

Lake has the largest lithium lease holding in Argentina. Our acreage totals close to 2,000 sq km and is 100% owned and operated by the company.

At a time when lithium demand is forecast to dramatically outpace supply in response to growing electric vehicle and energy storage, our portfolio offers exposure to both brines and pegamatites and is located in close proximity to some of the world’s leading lithium companies, including SQM, Lithium Americas, Orocobre and Advantage Lithium.

In November 2018, Lake announced a maiden JORC resource at its Kachi Project of 4.4 million tonnes (Mt) of contained lithium carbonate equivalent (LCE), and an exploration target ranging between 8-17Mt of LCE. This ranks Kachi as one of the world’s top 10 brine resources.

Lake’s Cauchari Project was drilled for the first time in 2019. The project is adjacent to Ganfeng/Lithium America’s Cauchari project, which holds the world’s largest defined lithium brine resource (23 Mt LCE) and has an annual production target of 40,000 tonnes. 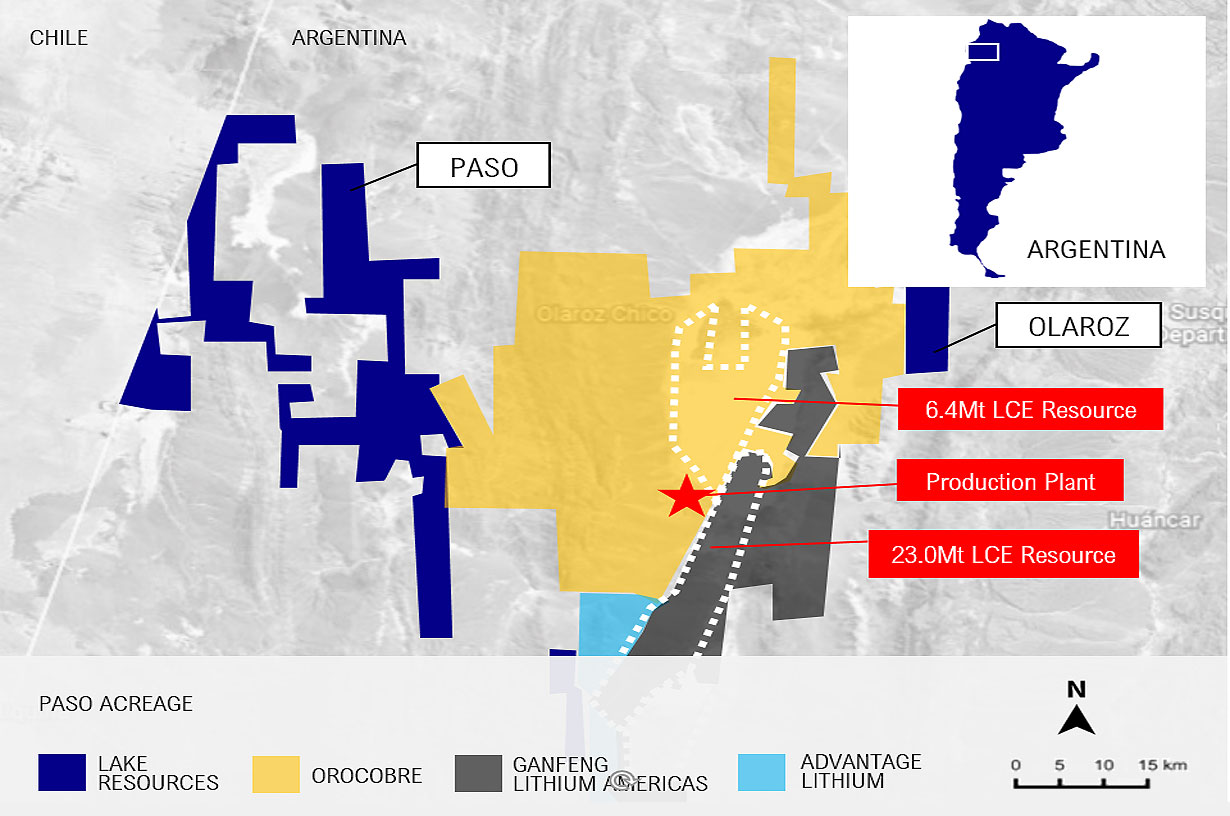 Our projects are side-by-side with the heavyweights in the Lithium Triangle which holds more than 50% of the world’s lithium resources.

New investor research by a leading Hong Kong-based analyst has described Lake Resources as “incredibly undervalued,” with a valuation of 29 cents per share based on “significant and sustainable competitive advantages” for Lake’s Kachi project.