The project was drilled for the first time in 2019. High fluid flows of conductive brines under pressure were intercepted and sampled at a depth of 261m, with high conductivities of 284 mS/cm and density readings of 1.200 g/cm3.

In August 2019, Lake announced final results from drilling confirming a significant high-grade lithium discovery at Cauchari, with the higher grades averaging 493 mg/L lithium over 343m, with the highest results of 540 mg/L lithium.

Lake is drilling in the same basin as the world-class neighbouring project and is confident of advancing Cauchari with further drilling. 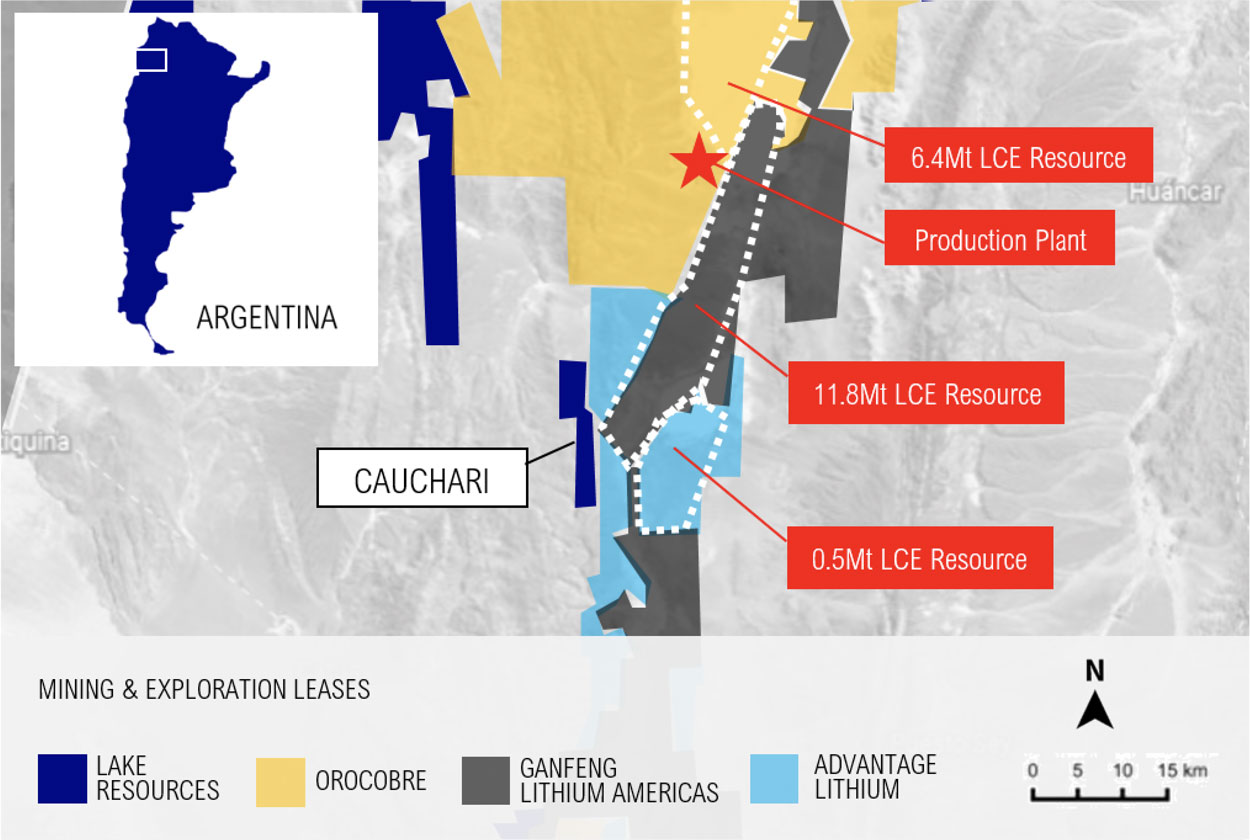 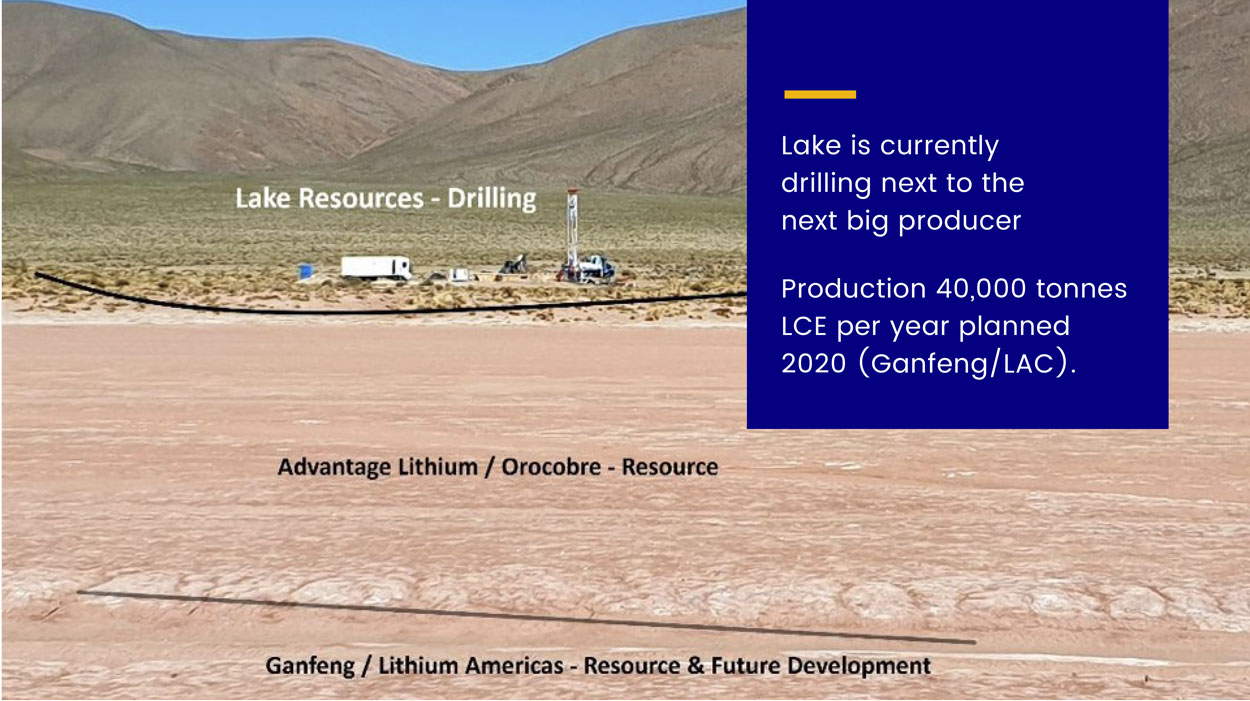 Bonus Option Issue
For eligible Lake shareholders looking to exercise the bonus options (LKEOC) expiring 15 June 2022, please contact the share registry, Automic on 1300 288 664 or register via its website
For ‘ineligible shareholders’ living in the US or other jurisdictions, please refer our ASX release dated 31 August 2021.
You can contact the nominee at nominee@lodgepartners.com.au or call +61 2 9225 4433.